I don't roll in the binary of good and bad so instead of a book review, here's another meditation, on Rivka Galchen's second novel. 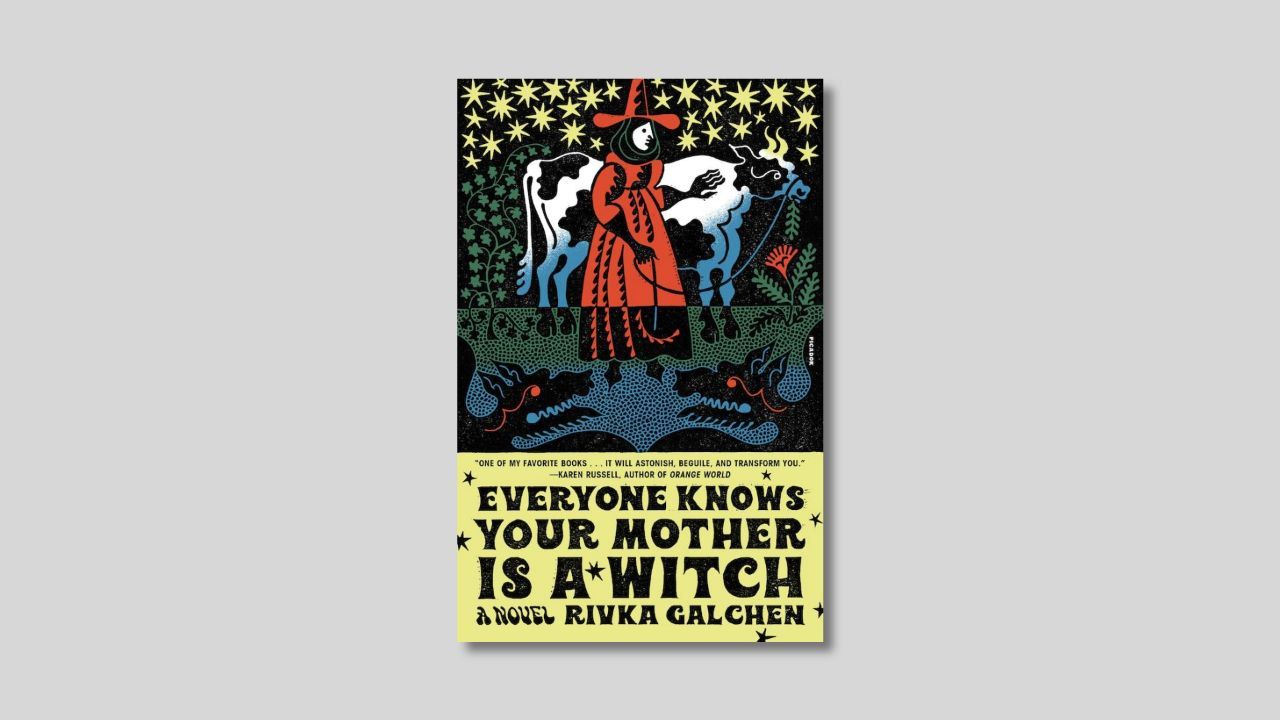 I had just finished Rivka Galchen’s Everyone Knows Your Mother Is a Witch when I learned about my grandmother's passing. The timing was eerie. In between chapters, my mind would occasionally drift to my Lola’s life. I would meditate about mothers and motherhood in general. Not that I am a mother to another human being, but at the time, I was neck-deep in mothering our dog, Ghenghis. Yes, that too, is motherhood.

The witch as a literary trope, needs no introduction. My own interest in witches and folk beliefs, is entwined with my Filipino heritage and sociological-anthropological-spiritual geekery. Some of my first memories involve me being brought to a manghihilot (a healer) when I had a tummy ache or fell sick. And one of my last memories of Lola, was how insistent she was about traveling with her anting-anting (an amulet), which may or may not have caused a bottleneck at a certain airport security checkpoint. Despite the prominence and preference for ‘western’ medicine over indigenous or folk healing practices, the latter continue to be practiced in the Philippines. I welcome these methods with curiosity and bear in mind that they are often mocked and misrepresented.

During my recent trip to America, I had been reading non-fiction back-to-back, and by the second month of my stay, began to seek a different world to inhabit. I found a little bookstore while tourist-ing, and my eyes fell on a yellow cover. There was a linocut-style image of a cow behind a person dressed in a crimson "witch-like" garb. I read the title and chuckled: Everyone Knows Your Mother is a Witch. I liked the musicality of the words and the playfulness of the font. There were stars and other signs of nature all around the cover too. More elements to love. I flipped the book over and read the blurb. It seemed to contain the measure of escapism I was yearning for—a fictionalised version of real events. The story’s protagonist is Katharina Kepler, who was Johannes Kepler’s mother and who, in 1615, had been accused of witchcraft.

I was enchanted from the very first page, where I felt that the author respected Katharina as a real-life person. In those first paragraphs, written with a refreshing and unapologetic voice, you learn about her character quirks, and a brazen absence of self-consciousness that I have learned does not necessarily come with the passing of time, but rather, living in a spaciousness.

Set in a town called Stuggart, part of the Holy Roman Empire (present-day Germany) in the 17th century, when most were illiterate, the novel begins with a disclaimer that the following account is written “with the help of [Katharina’s] neighbour Simon Satler, since [she is] unable to read or write”.  And so I began reading my way into Katharina's world with the knowledge that a lot of it, was a conversation or perhaps more aptly put, an oral retelling by Katharina to Simon (she addresses him directly throughout the novel).

In-between her account, are transcripts of testimonies made by others from Stuggart, who describe their relationship with Katharina and their perceptions of her, as well as their relationship to the accuser. These interviews provide insight into the people’s faith at the time, their knowledge (or lack thereof), and reminded one of the subjective nature of experience. You also later hear from her neighbor, Simon, who in stark contrast to Katherina, is a simple guy, not quite as formidable in spirit.

Katharina’s 17th century witch trial still resonates in 2022, because in spite of the dominance of science and logic, and some small progress in legislation, the easiest way to destroy a woman has nothing to do with facts. It is still the same dried and detested formula. We vilify. We question. We call them anything and everything: A mother. A whore. A liar. A witch. What I appreciated most about this work, was that the fictionalised version of Katharina Keppler wasn’t written to be liked, or even believed. She was written with a freedom to be utterly herself, in the backdrop of such a distressing situation. This type of historic portrayal could have veered toward the cliché or even satirical but instead, it was created with honesty and a lot of laugh-out-loud moments amidst some very tender ones.

I rooted for Katharina till the end, and am mindful that if we keep grasping at labels and certainty—that the hunting will carry on.

Everyone Knows Your Mother Is a Witch is Rivka Galchen's second novel. The book was designed by Alex Merto featuring art by Sophy Hollington.