A meditation on what America has meant to me and Filipinos, and my headspace when I spent the summer of 2022 in North Carolina. 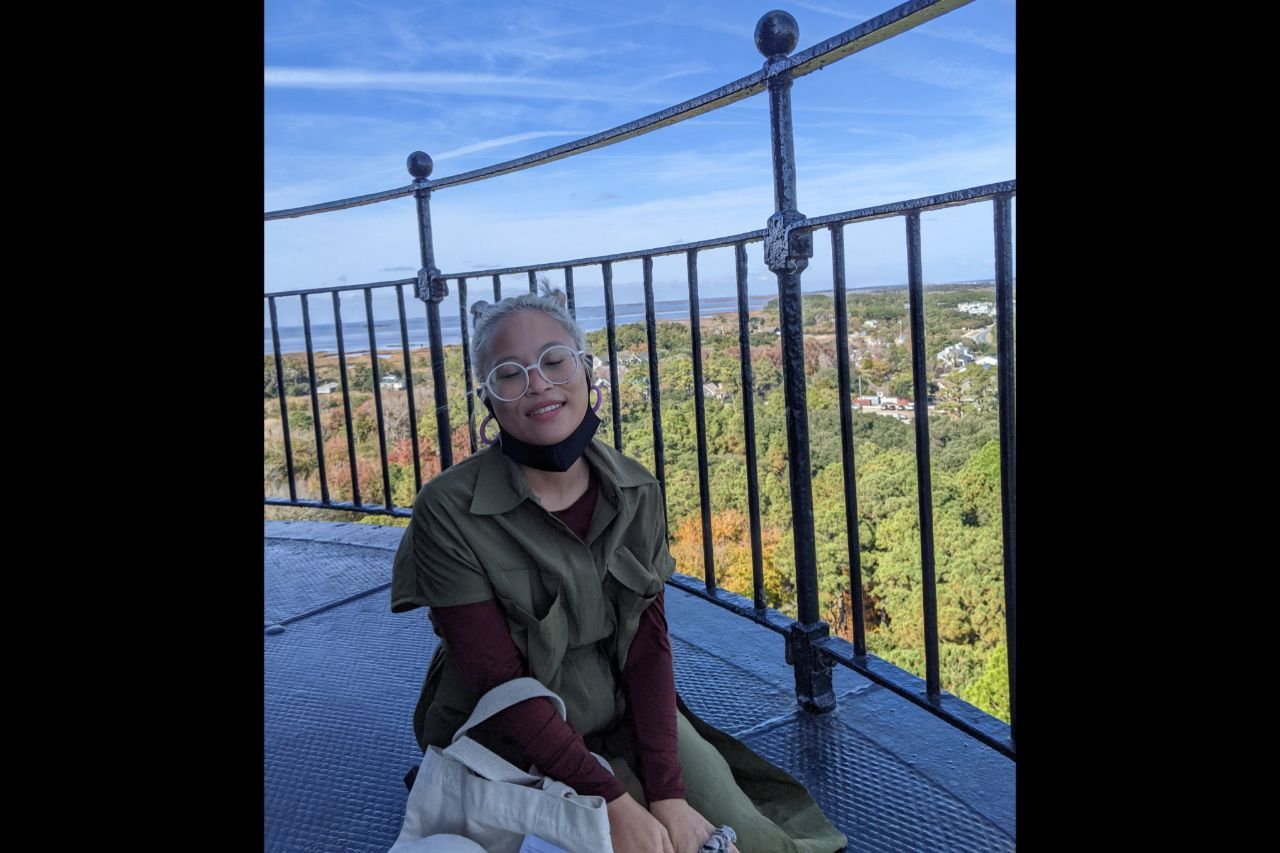 While the world recovered and attempted to leave behind the pandemic, my life splintered. In May, I packed every trinket and treasure in my tiny shoe box room (which I referred to as my ship) and all the possessions I’ve accumulated since 2012 when I first moved to Singapore into 12 boxes, and had them sent to storage. For some beloved items like books, hard drives, crystals, plants, a prized pair of speakers, and a small record collection, I left them with friends in my neighbourhood, who volunteered to keep some things for me indefinitely.

I felt like I had all these horcruxes scattered all over Singapore. I was quite literally, in pieces, before I headed to America for the summer.

For many Filipinos, America is to this day, cherished as The Land of Opportunity. It's not often acknowledged, but the Philippines was officially a U.S. territory. Whenever America is mentioned, most Filipinos are enthusiastic and smiling, recalling favourite associations with the country and pop culture—a musician, TV show, or basketball team. Thoughts might wander to American relatives. I have a few scattered all over, in California, Illinois, New York, even a few in Wisconsin. Meanwhile other relatives in the Philippines still look forward to when they uproot their lives to move to America. All of these used to be me, but I acknowledge the pitfalls of being too US-centric, and allow space to enjoy things just as they are.

All that said, I had no plans to leave Singapore permanently, but I was hoping for a reprieve from feelings of upheaval and to surround myself with that good ol' American freedom (i.e. all that land and nature). The three-month long trip was meant for a change, but also to dedicate time with those I cared about, in particular, two beings (a human and dog), who lived in Durham, North Carolina.

I had also hoped to help make something of their backyard and grow things. However, time and attention being limited gifts, when Genghis, the dog (and one of the two aforementioned beings), quietly asked these most from me, plans changed.  I struggled with clinging and clutching onto things—holding on to what should have been, to what might have been, to feelings, or narratives that I learned I had not quite let go of. Though I was externally in pieces, I look back and recognise that the situation and context, was undoubtedly and inevitably, a challenging one: I was in a new city and visiting a human and a dog who had their own schedules, routines and comfort zones, and their own ideas of "home". Meanwhile, I chose to be without such tangible comforts.

In the end, the months in Durham became less about fitting myself into others' homes, than it was about remembering how I have always had one. I was reminded of the nature of things, magnified especially by all the time spent with Genghis—how things could change at a moment's notice (gunshots and thunderstorms would cause Genghis anxiety and he would prefer to be sequestered indoors and in a smaller room), sometimes choices needed to be made (to eat the treat or not to eat the treat—he was not one to be bribed), and how home is very much a state of mind. Genghis loves the outdoors and we spent most of our time together in the backyard. There, I would watch as he felt the sun on him, which on a good day prompted him to roll over on his back, then to swish and sway his whole body around in the leaves. I'd catch a moment where he would appear to be smiling, tongue hanging out, and blissful.

We forget until we are forced to encounter it, that death and decay is a part of nature’s way. In July, while in Durham I received a message from my uncle that my Lola/grandma had passed away.  Learning to live with death, suffering and the end of things, yet still giving attention and space to care for more than ourselves, remains one of the hardest things about being human. Facing the often heartbreaking process of decay, over and over again, eventually makes the choice to survive and live, easier. When I had to come to terms with my Lola's death, I was grateful to feel at home in myself and be surrounded by so much love in Durham.

Come September, I returned to Singapore and with a physical home, which brought joy that helped sharpen my focus. It was a stark contrast to when I first left the country, my path felt blurry and fear-filled.

Precarity is a word that I came across recently in a book about mushrooms. “Life without the promise of stability" describes exactly what I had been feeling. Living moment-to-moment, without ground, and nowhere to call home. I needed ground. We all need ground. Traveling for twenty-four hours each way to America, I have had to keep sitting with the thought that when you feel safe enough to accept that your heart is home, that you are home, there is no need to look for it anywhere—not in a far-away country, not with another, or a furry friend. If home is inside you, there is nothing to prove, or demand. Nowhere to be, but where you are.

I was invited to a family celebration in Chicago that allowed me to visit America again while autumn ended. I have said in jest that for this trip, I was committed to breaking our family curse. I feel that in many ways, I have. So to answer my own question: America is not the heart, nor is it home.

Right here, in spite of heartbreak, I have love and all I need.

*The title of this post makes reference to one of my favourite novels and one I highly recommend, America is Not the Heart by Elaine Castillo which was inspired by a memoir, America Is in the Heart by Carlos Bulosan.